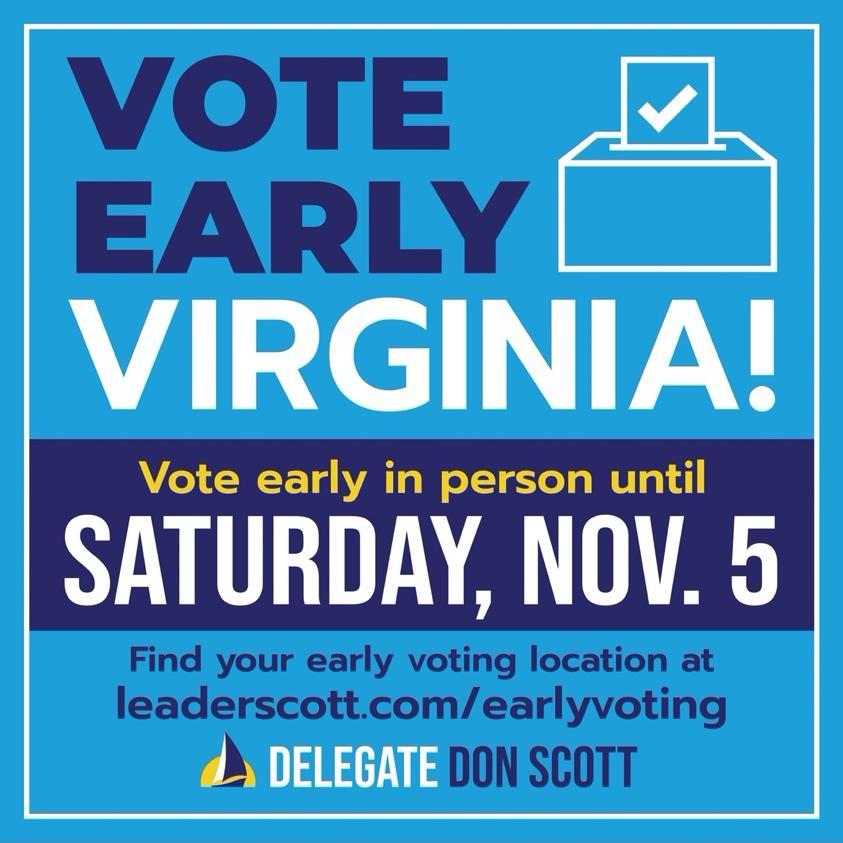 Election Day is Next Tuesday!

The 2022 election season was in full swing last month. I had the pleasure of visiting the Petersburg Democratic Committee at their annual Red to Blue SHIFT Fall Banquet and was honored to present the keynote address. While Governor Youngkin may breeze through cities like Petersburg and try to take credit for new funding sent by the General Assembly and our Democratic President and Congress, we know that Youngkin is only interested in the photo op. Virginia Democrats are on the ground advocating for all regions and all Virginians. I will always fight for the whole loaf and not accept the crumbs that this right-wing governor is peddling.

I was also glad to spend time with Virginia’s 4th district representative, Congressman Donald McEachin, at the event. Congressman McEachin has been a tireless advocate for our Commonwealth and our party in the U.S. House of Representatives since 2017. We are all grateful for his commitment to public service.

One of the benefits of serving in the House of Delegates is the opportunity to travel Virginia and learn the history of the entire Commonwealth. I recently had the chance to visit the New Market Battlefield and was reminded of the enormity of lives lost 150 years ago.

Revisiting the realities of the Civil War spotlights how fragile our democracy was then and continues to be in these divided times. For more information on the Shenandoah Valley Battlefields National Historic Trust, visit: shenandoahatwar.org

A Busy Month in Portsmouth and the Region

“Roadmap to Health” in Portsmouth

On October 14th, Roadmap to Health offered no-cost screenings and counseling to Portsmouth residents at the Portsmouth Community Center. Roadmap to Health is a mobile health screening program that provides information and resources to help address chronic disease and empower individuals with knowledge about their health, free of charge. Learn more about Roadmap to Health: https://www.roadmap2health.org/

On October 17 – now officially Missy Elliott Day in Virginia – the City of Portsmouth honored hip-hop icon and Portsmouth native Missy Elliott with a key to the city and a special ceremony for the newly named Missy Elliott Boulevard. The huge event included performances by marching bands from Hampton University and Norfolk State University and even welcomed other Hampton Roads heroes, Timbaland and Pusha-T. Congratulations to a legend who makes Portsmouth proud!

I also had the opportunity to participate in the swearing-in of new leadership for the Portsmouth Professional Firefighters and Paramedics Association, IAFF Local 539. Firefighters and paramedics bravely serve their communities every day and help to keep us all safe. I am proud to represent members of Local 539 and help stand up for their interests in the General Assembly.

My family and I attended Hampton University’s Homecoming Game on October 22nd. It’s always a pleasure to come out and support our region’s many excellent higher ed institutions, especially our HBCUs. Go Pirates!

It has truly been a blessing to see so many of you in Portsmouth and throughout the region over the past several weeks. I was particularly impressed by a recent tour of the Port of Virginia, which is the crown jewel of the Commonwealth and a major driver of economic activity.

Under the past two administrations, the General Assembly invested in significant capital infrastructure improvements, including widening and deepening the channel. These investments resulted in the Port of Virginia being ranked the most efficient port in North America by the World Bank for 2021.

Early voting is still open. Please go out and vote before November 5th or on Election Day, November 8th. Remember that there are people working daily to prevent or discourage you from voting because your vote is powerful. Don’t let their tactics succeed. It’s your time to be heard.

Vote early at your local general registrar’s office or another satellite location designated by your locality. Find your local early voting sites and their hours at: leaderscott.com/earlyvoting

Also, remember that your congressional district may have changed since last year due to redistricting. Double-check your district at vpap.org.

Many of you have already heard Governor Youngkin’s recent insensitive comments regarding the brutal attack on Speaker Nancy Pelosi’s family. In this moment of pain and horror, the governor had an opportunity to actually stand for unity and nonviolence, as he claims to do. Instead, he made light of the violence and mocked Speaker Pelosi as her husband underwent treatment to recover from the attempted assassination. This is how the governor shows us who he truly is: a MAGA extremist in sheep’s clothing. Governor Youngkin’s allegiance will always lie with the election deniers and conspiracy theorists who encourage this type of violence, and he would rather stoke the flames himself for political gain than show an ounce of courage or integrity.

Of course, these comments followed the news that Governor Youngkin is the target of an inquiry by the State Inspector General for steering hundreds of thousands of taxpayer dollars to his campaign’s own political consultants to promote his personal brand.

Like many of you, I continue to be shocked by the volume of incompetence and corruption demonstrated by this administration. Governor Youngkin and his MAGA ilk make us all less safe while utterly failing to responsibly govern our Commonwealth. My promise to you is this: As long as I hold this seat in the Virginia House of Delegates, I will do everything in my power to hold him accountable. 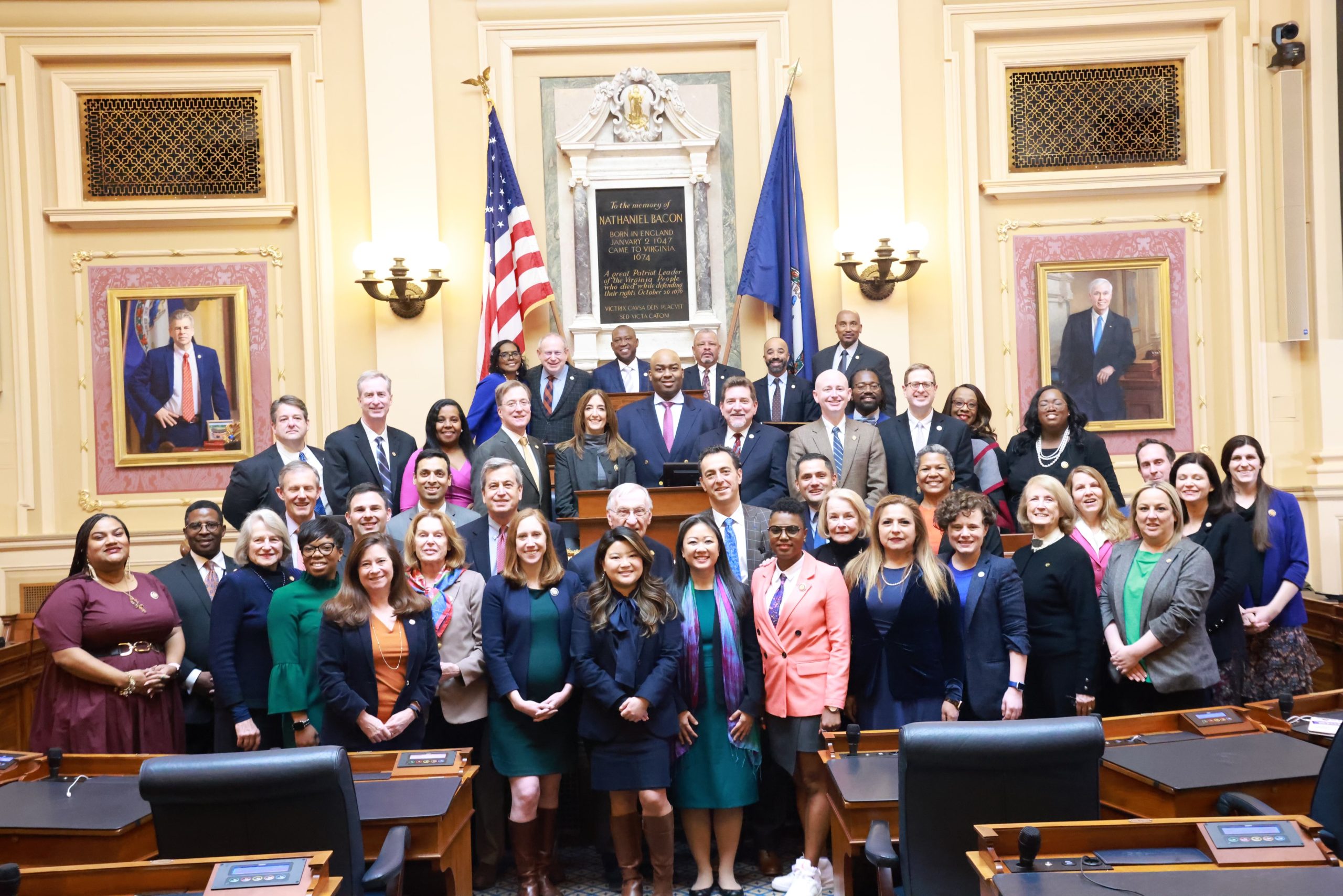 The third week of the 2023 General Assembly session

POWERED BY TECH FOR CAMPAIGNS